7 years have passed since the photos in Holy Land were taken. Few positive changes can be found on the ground… if not the other way around.

Indeed, 70 years have passed since one diaspora found their homeland and brought forth another.

Since then, Peace has been a frequent traveller, alien to this place. Away most of the time, occasionally staying, rarely for long.

Her friend, Love, seemed to have deserted the land altogether.

But Faith urges us on, and we, encouraged by Hope, continue to seek the wanderer and the lost.

The second donation from the proceeds of this book has been made to Gush Shalom – an Israeli peace group founded by Uri Avnery, who penned the writing A Bird’s Eye View in Holy Land.

This bi-lingual book is now distributed by VW Link in Hong Kong (who also carries the Chinese edition of Palestinian Memories). And, as before, is available digitally on Google Play and iTunes.

2018-Aug-6: The book is now also available on Amazon Kindle.

A Reflection on Israel/Palestine and Hong Kong

Being a faithful witness to the Lord in our lives is an often discussed topic among the Christian faithful. Individual believers who follow the teachings of the Lord and glorifies Him through their daily deeds should be commended and encouraged indeed. At the same time, congregations, denominations and faith-based organizations may also engage in various social dialogue, and drive or oppose the implementation of government policies in order to bring about justice and peace. While being different in aspects, both types of actions can be considered “expressions of faith”, witnesses to the world by believing individuals or communities.

Meanwhile, the founding of the modern State of Israel in 1948 is considered by many believers to be a divine intervention, a validation of Biblical prophecies, or even a sign of the End Times. However, those who understand the historical background are few and far between, even though the event was arguably driven by “expressions of faith”.

The mass murder of Jews in the Holocaust under the Nazi German rule had its roots in the long history of European anti-Semitism. For example, in 1475, a “ritual murder” happened in Trento, Italy: A boy named Simon was found dead, and the few Jewish families living there were framed for it and tortured by the religious-political leaders. They were forced to confess that they killed Simon to fulfill their ritual requirements, and as a result were either executed or incarcerated. Though the Roman Curia was suspicious of the authenticity of this “blood libel” case as we call it now, for various reasons, Little Simon was canonized as a Saint nonetheless. Only in 1965, after almost 500 years, was Simon removed from the Roman Martyology by Pope John Paul VI. And Little Simon was not the only blood libel case during all those years. Throughout the history of Europe, the Jewish people were negatively portrayed and persecuted since the time of Jesus’ death, in Shakespeare’s The Merchant of Venice, Martin Luther’s On the Jews and Their Lies, the Spanish Inquisition, the Black Death, the Crusades, to name a few. Being a foreign minority in Europe, the Jews became a convenient scapegoat of the power and people whenever problems arose.

END_OF_DOCUMENT_TOKEN_TO_BE_REPLACED

When God commanded Adam and Eve to be fruitful in Genesis, the land was still virgin and undefiled. Adherents of the three major monotheistic faiths have since taken this commandment literally, populating the earth and multiplying descendants, as with other peoples on this blue planet.

END_OF_DOCUMENT_TOKEN_TO_BE_REPLACED

The book Trent 1475 documents the proceedings of a blood libel case in Trento, Italy in the year 1475. A Christian boy was found dead and his Jewish neighbours were framed for it. This child, Simon, was once considered a martyr being killed in a ritual murder. His case contributed to anti-Semitism in the European history, which reached its apex in the Holocaust – six million Jews were murdered in that horrific genocide. Eventually, in 1965, Pope Paul VI removed Simon from the Roman Martyrology.

Perhaps it’s only fitting and reassuring that the Chinese edition is published by the Centre for Catholic Studies.

History doesn’t exist in a vacuum. We do not exist in a vacuum. To understand the present we have to consult the past. And history is not just ink printed on dead trees, it is about real living human beings and all that surround them. Nor it just one subject in the school curriculum, for it may lend itself to the betterment of us as individuals and as a species, if we are to pay attention. Paraphrasing George Santayana, “Those who cannot learn from history are doomed to repeat it.”

The question is, have we started learning?

The Reflections of mine for this year are loosely based on the Passion of Jesus and the Kübler-Ross model, a.k.a. the five stages of grief.

Thanks to the technician for accommodating my frequent errors, and again to Rev. Judy Chan for editing the scripts.

Jointly organised by the Catholic Diocesan Ecumenical Commission and the Hong Kong Christian Council, the annual Ecumenical Unity Service was held at the Kowloon Union Church on Jan-18, marking the beginning of the Week of Prayer for Christian Unity.

To celebrate the 500th anniversary of the Reformation, the liturgy was prepared by the churches in Germany, focusing on the theme Reconciliation.

If things go as planned, my reflections on peace will be broadcast on RTHK 4 during 14~18-March, the second last week of Lent.

Special thanks to Rev. Maggie Mathieson for the invitation, and to Rev. Judy Chan for editing the scripts.

True to its roots as a place for inter-faith dialogue between Buddhists and Christians, Tao Fong Shan remains to be a quiet retreat among the busyness of Hong Kong, welcoming pilgrims of all faiths, to converse, to reflect, and to gain a deeper meaning of life.

Founded by Norwegian missionary Karl Ludvig Reichelt in 1930, it is now home to the Tao Fong Shan Christian Centre, the Lutheran Theological Seminary, and the Ascension House. 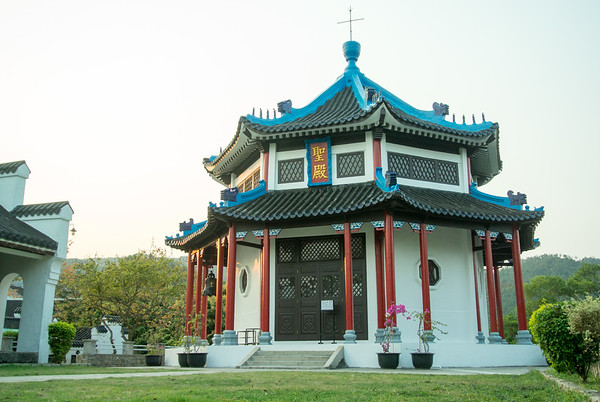 I will be holding 2 talks about the book Holy Land, published in 2012.

As with publishing the book, this is something that I’d prefer never have to do. However, the recent carnage in Gaza has reminded me that there’s still much to do, if we are to find Peace in the land flowing with milk and honey.

Both talks will share the same message and be conducted in Cantonese.

Special thanks to HK Readers and ACO for making available their venues, they’re also the first bookshops to carry the book. Thanks also to 1908 Bookstore and Kubrick for providing shelf space early in the book’s days.

The book is currently available through Red Publish and Google Play as well.

The proceeds of the book are to be donated to the peacemakers in Palestine/Israel after deducting the production cost. The first donation has been made to Moriel Rothman, who contributed the first writing in the book−Detangling the Holocaust from Israeli-Palestinian Politics−and is an avid activist for a just peace in Israel/Palestine.

I’m not sure if there will be a second donation because, frankly, the sales has been very so-so. On the other hand, as long as the book can help raise the awareness for the prospect of peace in that particular piece of land, however little, my heart shall suffice.

Update 2016-Oct-09: The book is now also available through iTunes.